Our schools have been in a slow and steady transition from providing world class education to our children to bringing down the standards of learning, while promoting political ideology and special interest group agendas. Our school boards have become activist boards, doing what they CAN do instead of what they SHOULD do. They should educate our children in Reading, Writing, Arithmetic, Science, History (yes, REAL History) and the Arts, while keeping our children safe while in their care.

It is time to step out from behind your keyboard, off the sidelines and into the fight to reclaim your school.

Get smart. Get together. Get Organized. Get Involved!

Below, you will find resources from A-Z that will help you to get started. 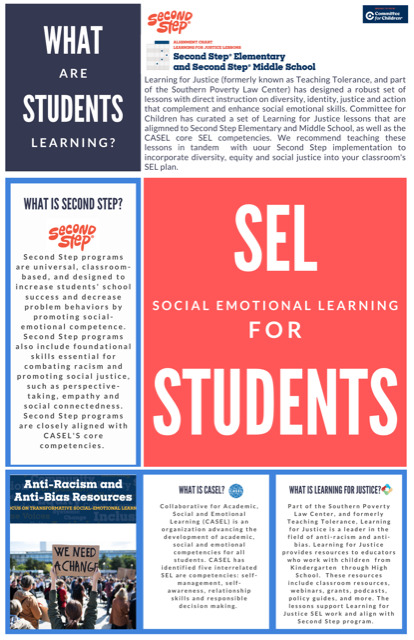 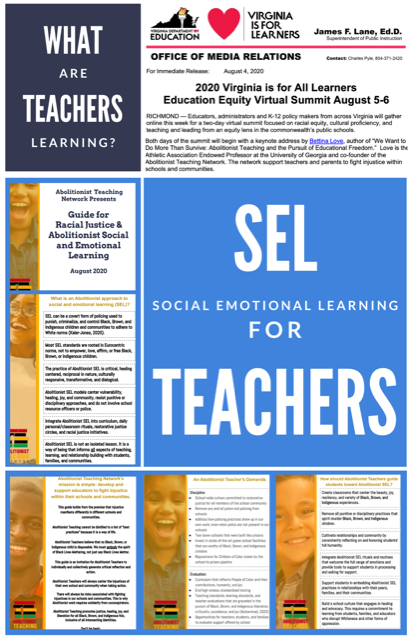 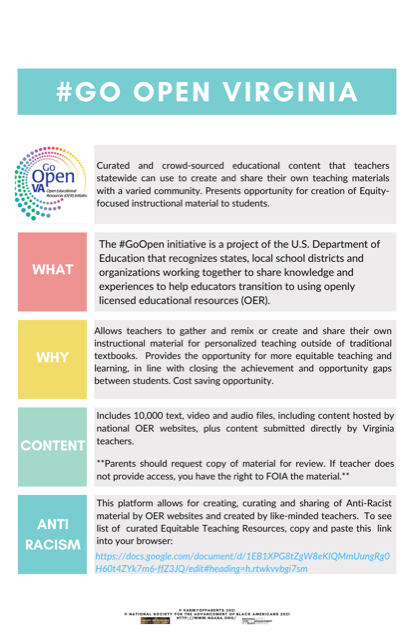 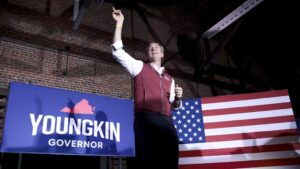 If Public school parents want to have ammunition to fight their causes with data and facts, they should take advantage of weapon in their arsenal: the Freedom of Information Act (FOIA) or similar local public records laws.

You have the right under your state’s Freedom of Information Act and public records laws to get documents related to your issue of concern. Public school records available include emails from the email addresses of public school officials (including principals, school board members, teachers, staff and anyone with a school email address). Also available are contracts, curriculum, trainings, videos, text messages and other records that provide valuable information about events, classes and other issues that may be of issue to you.

A FOIA requests usually takes anywhere from a few days, but he school can request an extension.

Royal Oak Schools in Michigan issued a FOIA Procedures and Guidelines Manual that spells out its fee process and offers a guidebook that most school districts don’t typically provide. It offers good insight from a school district into the FOIA process.

Congress shall make no law respecting an establishment of religion, or prohibiting the free exercise thereof; or abridging the freedom of speech, or of the press; or the right of the people peaceably to assemble, and to petition the Government for a redress of grievances.

Prohibited Speech: School officials cannot formally restrict most student speech. As a general rule, the U.S. Constitution protects student speech that does not “materially and substantially interfere with the requirements of appropriate discipline in the operation of the school.” In addition, school officials bear the burden of justifying any restrictions on student speech. Nevertheless, “the constitutional rights of students in public school are not automatically coextensive with the rights of adults in other settings.” Schools also can punish lewd or offensive speech that occurs at school. But when the school’s concerns are not legitimate, its authority to restrict student speech ends.

Compelled Speech: School districts cannot compel student speech on any topic. “If there is any fixed star in our constitutional constellation, it is that no official, high or petty, can prescribe what shall be orthodox in politics, nationalism, religion, or other matters of opinion or force citizens to confess by word or act their faith therein.” West Virginia v. Barnette (1943)

Retaliation: Teachers and other school officials cannot retaliate against students who engage in protected speech in the classroom, on school grounds, or off school grounds. Although the test varies slightly by circuit, the federal appellate courts have held that students can sue for First Amendment retaliation if they were engaged in protected speech, the school took an adverse action, and the student’s speech was a motivating factor for the school’s action. The school’s adverse action must be something that would deter a student of ordinary firmness from engaging in that speech again. Giving a student poor grades or reviews is a clear example. Notably, the Eighth Circuit recently held that “the stress, anxiety, and ostracization arising from a teacher’s false attribution of racist utterances to a middle-schooler” also “might fit the bill.”

MODEL RESOLUTION FOR FREEDOM OF EXPRESSION

Model Freedom of Expression Resolution Based on University of Chicago Statement

To protect the fundamental right of a parent to direct the upbringing of a child.

The role of parents in the raising and rearing of their children is of immeasurable value and deserving of both praise and protection by all levels of government. The tradition of western civilization recognizes that parents have the responsibility to love, nurture, educate, train, and protect their children.

Parental Rights to direct the upbringing of a child are inalienable, Further, these rights are enshrined by the following:

Therefore, this legislative body resolves to observe and enforce the following:

Article I: Commitment to Respect for the Rule of Law, the [Insert State] Constitution, and the Constitution of the United States of America:

School divisions, being arms of local government, are obligated to follow the Constitutions of [Insert State] and the United States of America; and

In all its operations, curricula, and teaching, the school divisions shall prioritize meritocracy, equal opportunity, equitable assignment of resources, respect for the rule of law, and respect for the constitutions of [Insert State] and the United States of America.

Article II: Fundamental Parental Right to Parent as they see Fit: This right is afforded to parents by the Due Process Clause under the 14th Amendment and Case Law.

Article III: Parental Right to Know what their Child is Learning (Legal Right of Parents in Schools):

No person in the United States shall, based on sex, be excluded from participation in, be denied the benefits of, or be subjected to discrimination under any education program or activity receiving Federal financial assistance. –Title IX of the Education Amendments of 1972

Title IX protects people from discrimination based on sex in education programs or activities that receive federal financial assistance. Title IX applies to institutions that receive federal financial assistance from ED, including state and local educational agencies. These agencies include approximately 16,500 local school districts, 7,000 postsecondary institutions, as well as charter schools, for-profit schools, libraries, and museums. Also included are vocational rehabilitation agencies and education agencies of 50 states, the District of Columbia, and territories and possessions of the United States.

On May 6, 2020, the United States Department of Education issued final regulations under Title IX governing sexual harassment in an educational setting.  The new rules, which will become effective on August 14, 2020, carry the force of law and make significant changes to the Department’s former recommendations and guidance regarding how schools carry out proceedings in response to sexual harassment claims.  However, the Department of Education will not enforce these new regulations retroactively.[1]

Although the unofficial copy of the new regulations is 2,033 pages long, the following represent some of the most significant requirements that apply to elementary and secondary schools:[2]

The term “objectively offensive” was not used to define “sexual harassment” under the prior Title IX guidance.  Moreover, the new regulations require that these elements be evaluated under the “reasonable person” standard.

Under the new regulations, a student may not file a complaint against another student or a faculty member at a school where the student does not participate in an educational program. Moreover, the new regulations do not extend Title IX protection to students studying abroad.   Should schools wish to address and discipline sexual harassment occurring in study abroad programs, they should develop a disciplinary process outside of Title IX.

For elementary and secondary schools, all school employees possess authority to take corrective action; therefore, formal complaints may be brought to any school employee.  However, when a complaint is not brought to a person empowered to take action (i.e., a school employee for elementary and secondary schools), schools must follow various mandated response obligations, such as offering and informing the complainant of support measures.  Schools may address all allegations in an informal complaint pursuant to their own code of conduct and outside of the Title IX process.

Schools must notify the respondent(s) when an appeal is filed.  Both parties must be given a reasonable time to submit a written statement in support of, or opposing, the written decision.  The appellate decision maker(s) must issue a new written decision describing the results of any appeals and the rationales for such results.  Such written decision must be simultaneously provided to both parties.

The new regulations also incorporate an “actual knowledge” prong to the “deliberate indifference” standard. Knowledge and a duty to act are attributed to a school only when notice of the sexual harassment was provided to the institution’s Title IX Coordinator, any institution official with authority to institute corrective measures, or to any employee of an elementary or secondary school.

[1] Federal agencies authorized by statute to promulgate rules may only create rules with retroactive effect where the authorizing statute has expressly granted such authority. (See 5 U.S.C. § 551; Bowen v. Georgetown Univ. Hosp., 488 U.S. 204, 208 (1988) [“Retroactivity is not favored in the law. Thus, congressional enactments and administrative rules will not be construed to have retroactive effect unless their language requires this result.”].)

[2] The terms “school” and “schools” as used in this memorandum refer to elementary and secondary schools.

No person in the United States shall, on the ground of race, color, or national origin, be excluded from participation in, be denied the benefits of, or be subjected to discrimination under any program or activity receiving Federal financial assistance. –Title VI of the Civil Rights Act of 1964

Title VI of the Civil Rights Act of 1964 protects people from discrimination based on race, color or national origin in programs or activities that receive federal financial assistance. Agencies and institutions that receive ED funds covered by Title VI include: 50 state education agencies, their subrecipients, and vocational rehabilitation agencies; the education and vocational rehabilitation agencies of the District of Columbia and of the territories and possessions of the United States; 17,000 local education systems; 4,700 colleges and universities; 10,000 proprietary institutions; and other institutions, such as libraries and museums that receive ED funds.

“[T]o establish a prima facie case under Title VI, plaintiffs must show that they: (1) are members of a protected class; (2) were qualified for the educational benefit or program at issue; (3) suffered an adverse action; and (4) the adverse action occurred under circumstances giving rise to an inference of discrimination.”